← more from
Sub Pop
Get fresh music recommendations delivered to your inbox every Friday.
We've updated our Terms of Use. You can review the changes here.

by Flock of Dimes 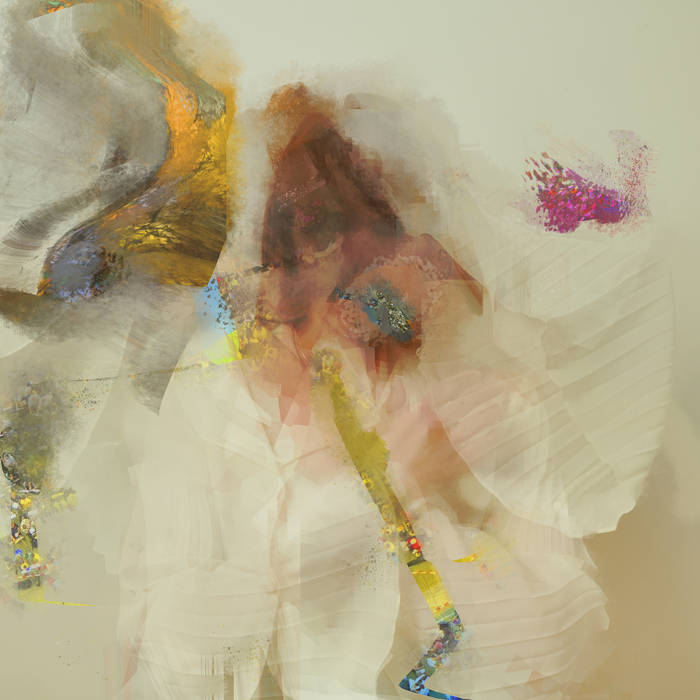 Ryan Evans HTX "I only heard it live on KEXP and thought I should buy the whole album" -Marg Favorite track: Two.

ralithcoa This album is so rich in lyrics, production, and sound. Its such a great chill listening experience! Favorite track: One More Hour.

whymog Jenn Wasner's voice, both as a songwriter and as a singer, has never sounded better to me. What a gift this album is. And for real, that extended guitar solo on "Price of Blue" is worth the price of admission alone. Favorite track: Price of Blue.
more...

On her second full-length record, Head of Roses, Jenn Wasner follows a winding thread of intuition into the unknown and into healing, led by gut feelings and the near-spiritual experience of visceral songwriting.

The result is a combination of Wasner’s ability to embrace new levels of vulnerability, honesty and openness, with the self-assuredness that comes with a decade-plus career as a songwriter, producer, multi-instrumentalist and prolific collaborator.

Simply put, Head of Roses is a record about heartbreak, but from a dualistic perspective. It’s about the experience of having one’s heart broken and breaking someone else’s heart at the same time. But beyond that, it’s about having to reconcile the experience of one’s own pain with the understanding that it’s impossible to go through life without being the source of great pain for someone else.

“Part of the journey for me has been learning to take responsibility for the parts of things that are mine, even when I’m in a lot of pain through some behavior or action of someone else. If I’m expecting to be forgiven for the things I’ve done and the choices I’ve made and the mistakes that I’ve made, it would be incredibly cowardly and hypocritical to not also do the work that’s required to forgive others the pain they caused me.”

Showcasing the depth of Wasner’s songwriting capabilities and the complexity of her vision, Head of Roses calls upon her singular ability to create a fully-formed sonic universe via genre-bending amalgamation of songs and her poetic and gut punch lyrics. It’s the soundtrack of Wasner letting go – of control, of heartbreak, and of hiding who she is: “I think I’ve finally reached a point in my career where I feel comfortable enough with myself and what I do, that I’m able to relax into a certain simplicity or straight forwardness that I wasn’t comfortable with before.” Head of Roses puts Wasner’s seismically powerful voice front and center. Those vocals help thread it all together -- it’s a textured musicality, quilted together by intentionality and intuition.

Wasner’s sophomore LP as Flock of Dimes was mostly written during the isolation of early Covid-19 quarantine and fresh heartbreak. Some songs, like the title track, came to Wasner wholly-formed, like fever dreams. Aside from album opener “2 Heads,” which Wasner had been saving for this purpose since she wrote it in 2015, Head of Roses was born from just a few months at her North Carolina home, during a feverish period of productivity spanning from last March through June.

On her 2016 debut album If You See Me, Say Yes, Wasner controlled every element of the production, meticulously crafting her solo debut to be a definitive statement of ability and artistry. Despite having succeeded in assuring herself of her own capabilities as a musician and producer, she felt drained by the demands of working in creative isolation. Instead, for Head of Roses, she felt drawn to a looser, more collaborative process—and reached out to friend and co-producer Nick Sanborn (Sylvan Esso) to help her understand what this new process could look like. Recorded with a small group of collaborators in quarantine at Betty’s in North Carolina, Head of Roses captures Wasner’s vision and expands upon it, with input from Meg Duffy (Hand Habits), Matt McCaughan (Bon Iver/Lambchop), and Adam Schatz (Landlady).

Sanborn and Wasner assembled Head of Roses in the same way you’d put together a mixtape, painstakingly and carefully melding disparate parts into a whole, transcending genre to weave a story of heartache and healing together. There’s the undulating “Two,” a tapestry of strange whirring machinery, buried saxophone swimming to the surface, “We’re all just wearing bodies like a costume ‘til we die.” Or “Hard Way,” hypnotic and trudging forward beneath the slight distortion of Wasner’s lilting melodies -- “Couldn’t call it off / couldn’t make it last / so I took the hard way” -- recorded in one fell swoop during an afternoon at Betty’s. Other tracks, like “Lightning,” are grounded in sparseness, the warmth of clean electric guitar -- “When you dressed me in / a different skin / I forgot who I am / I watched it happen / But I can’t understand.” “No Question” feels somehow celestial, born from the chasm between organic and electronic textures, and “Awake for the Sunrise” is a pure and straightforward country ballad, written at 6:30am after a sleepless night. Closer “Head of Roses,” a slow-burn, is the fitting thesis of the record, including its imagery: a garden absolutely overrun, blooming all over the place, the thorns of the thing fully inseparable from the flowers themselves.

And in the same way a homemade, painstakingly-crafted mixtape plays out, with the maker’s fingerprints left all over its songs – so goes Head of Roses. Carefully curated and culled from the depths of Wasner’s heartbreak and healing, it’s deeply, intensely personal.

But just as we change ourselves by embracing the pain of loss and uncertainty, so too are the purpose of these songs changed through the act of creating them. Having succeeded in healing the person who made them, they now exist for those who find them in their own moments of need. Always in motion, the original spirit of creation has already flown from this place—but it’s left behind a blueprint, a tool for you, to lean on, too.

Jenn Wasner launched Flock of Dimes, a solo project formed in 2011 to explore the more atmospheric side of pop. Flock of Dimes allows Wasner to experience more experimental recording techniques and songwriting outside of the burgeoning success of her main musical outlet Wye Oak. ... more

Bandcamp Daily  your guide to the world of Bandcamp

Mille Petrozza stops by to talk about the new Kreator album, plus music by Trauma Bond